Considerable experience and a diverse knowledge base

We are a team of professionals working to create and sustain wealth for our clients.

Home » About » Meet the Team
Book a Consultation

Dave Charlebois has been advising clients on investments and personal financial matters for more than 30 years.  After graduating from UBC with a Bachelor of Commerce degree (Urban Economics and Finance), Dave started his finance career in 1985 with Royal Bank.  Twelve years later, after multiple promotions and five relocations, Dave and his family (Karen and young son Marc) made a career and lifestyle change to remain in Victoria.

Today, Dave is the “senior yet youthful guy” in the office.  He holds the FMA designation from the Canadian Securities Institute.  Coupled with his extensive tax and accounting background, clients appreciate the perspective and guidance that comes from Dave’s four decades of experience.

Away from the office, Dave will likely be found at Royal Colwood Golf Club or cycling throughout the Greater Victoria area. Dave is a long-time blood donor with Canadian Blood Services (171 donations and counting), starting when he was in high school.  In 2002, he donated bone marrow (stem cells) through the OneMatch stem cell registry.  Dave is frequently asked to speak on his experiences as a long-time blood and stem cell donor.  Married to his best friend Karen for more than 30 years, they are incredibly proud of their son Marc, and are looking forward to many more adventures in the years ahead. 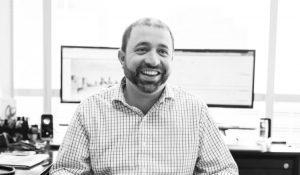 Steve began his career as an Investment Advisor in 2014 with the wealth management division of a major bank. Ironically, it was the acquisition by this same bank of Steve’s parent company, and by extension, the economic research group that Steve had been with for the previous three and half years, that was the catalyst for what became a great career shift into the investment industry. This was especially true after he joined Lighthouse Wealth Management in January of 2016, seeking and finding a place where he could independently advise his clients.

Steve’s formal training is as an Economist and much of his work has been in this area, in one capacity or another. He holds a B.A. in Economics from the University of Western Ontario and a MA in Economics from the University of Victoria. After graduating in 2008, he spent some time in the Ph.D program at UVic while instructing in their Economics department, and teaching finance at Camosun College while studying for and completing the Level 1 CFA examination. Shortly thereafter, Steve spent a few years in various levels of government while also doing private consulting, working in different economic policy capacities.

Business, investing, and entrepreneurship have always been interesting to Steve as he grew up with it. In 2012, a combination of interest and uncertainty about the future led to him helping his good friend from baseball, in founding a small business in Victoria. The timing of this venture and the contributions that it required from Steve fit very well with where he was with his young family at the time. This venture proved to be a great experience for Steve, and he is proud of what he and his partner accomplished working together with completely different skillsets. Steve has transitioned out of this business as his investment career has taken shape, but continues to value the relationships that he developed, and is proud of his role in creating a successful business from the ground up.

When Steve is not in the office, you will find him enjoying time with his wife, Jenni, their two young boys, Alex and Christopher, and their two dogs, Oliver and Lyla. Steve enjoys baseball and has been involved, in one way or another in the local baseball community for over 10 years. You can also occasionally find Steve on the golf course or working around the house on weekends. 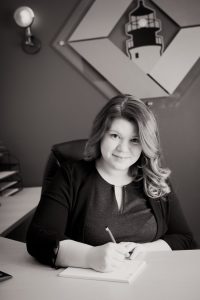 Sarah Middleton is the newest member of the Lighthouse team, joining Dave and Steve in August 2018. A “hometown” girl, Sarah was born at Victoria General Hospital and has never left our beautiful island. After graduating from Belmont Secondary School, Sarah started with a bank-owned investment firm in an entry level position. Her passion for service excellence together with a strong desire to learn were quickly realized—positions with increased responsibilities soon followed.

Her love of nature and adventure is one of the reasons she and her fiancé Dillon made a lifestyle decision to move to Shirley a few years ago. Their daughter Isla was born in March 2017.

Sarah is currently studying the Canadian Securities Course with the goal of becoming licensed and taking on a bigger role at a future date. Sarah’s days are very full and seldom dull.

Enter your email address to receive our regular publications.

HollisWealth® is a division of Industrial Alliance Securities Inc., a member of the Canadian Investor Protection Fund and the Investment Industry Regulatory Organization of Canada.

This is not an official website or publication of HollisWealth and the information and opinions contained herein do not necessarily reflect the opinion of HollisWealth. The particulars contained on this website were obtained from various sources which are believed to be reliable, but no representation or warranty, express or implied, is made by Industrial Alliance Securities Inc., its affiliates, employees, agents or any other person as to its accuracy, completeness or correctness. Furthermore, this website is provided for information purposes only and is not construed as an offer or solicitation for the sale or purchase of securities. The information contained herein may not apply to all types of investors. The Investment Advisor can open accounts only in the provinces where they are registered.